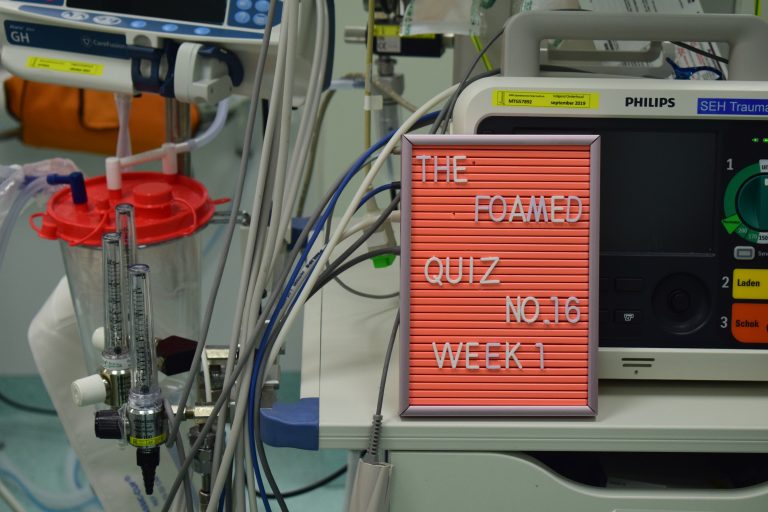 This podcast from Emergency Medicine Cases is about the first and last 15 minutes in trauma care. Which statement about pelvic binders is true?

B: When applying the pelvic binder, place te legs in inward rotation and tape the ankles together

C: A commercial pelvic binder is more effective than the use of a bedsheet (if applied properly)

D: Before applying the pelvic binder, asses for instability by applying outward pressure

Correct answer is B.

You have to place the binder over the greater trochanters, not over the iliac crests. There is no evidence a commercial device is more effective than properly applying a bedsheet (listen to the podcast). When assessing instability of the pelvic bone, you should not place outward pressure on de pelvis, only inward pressure. If you notice movement, do not release pressure and apply a pelvic binder. 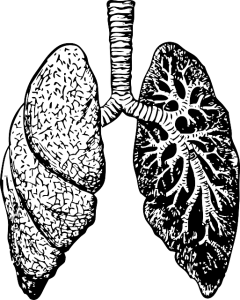 You place your 3 year old (16 kg) patient on a ventilator because of respiratory failure due to an exacerbation of asthma. She is now sedated with a ketamine bolus 2 mg/kg and paralysed with rocuronium 19 mg. What would be a proper ventilation strategy?

Often the best care for an asthmatic is to avoid endotracheal intubation and mechanical ventilation if at all possible, but at times you just will not have any other choice when your meds and BiPap just don’t cut it. Many need a respiratory rate as low as 10-14/min; the sickest may require even lower in order to prevent building auto PEEP.

emDOCs published this great overview of mechanical ventilation in your pediatric patients. 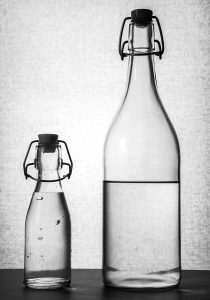 B: Voiding after intercourse

This interesting paper showed evidence of decreased UTI’s in women drinking 1,5 liters of water on top of their normal fluid consumption, compared to a group of subjects which did not take any extra fluid.

There was a major conflict of interests though. The subjects had to drink Evian (they were supplied 3 bottles of 500 cc per day) and this paper was sponsored by Danone, the company that sells Evian. Evian costs about 1 euro per liter in the Netherlands (pffff). So it would come down to a cost of 1,5*365 = 547,50 euro’s per year… on bottled water. However, we believe tap water might do the trick as well. 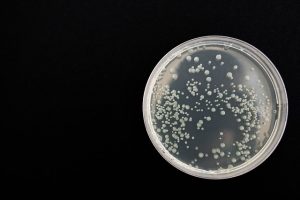 What is NOT true about urosepsis?

A: The most common complication is perinephric or prostate abscess

B: Absence of pyuria excludes urosepsis

C: The causative pathogen of urosepsis is most often a gram negative rod

The most common complication is obstruction, this occurs in 10 percent and requires drainage or stent placement. Abscesses are a pretty rare complication. The absence of pyuria (>10 WBC per high power field) does nearly always exclude urosepsis. The most common cause is E. coli and cultures almost always match the blood cultures.

The Internet Book of Critical Care posted this podcast recently about urosepsis. 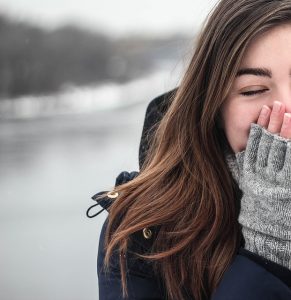 Baby it is cold outside!

A 52 year old woman with a history of hypertension presents at your ed with rinnorhoe, headache and is feeling generally unwell. It is flu season and you think she might have a cold. You want to advice her symptomatic care and prescribe a nasal spray. However, the patient reminds you she cannot have nasal spray because she has hypertension and the labels says it might be dangerous..

Which of the following solutions has an effect on hemodynamics?
oxymetazoline 0.05%,
phenylephrine 0.25%,
lidocaine 1% with epinephrine 1:100,000

B: There is no effect of these drugs after 5 minutes, but after 30 minutes there is a small but significant increase in pulse rate after the use of phenylephrine 0.25%

D: After 15 minutes there is a decrease in MAP with the use of oxymetazoline 0.05%

The use of these nasal did not have a significant effect on hemodynamics, so you can safely prescribe them to your patients.

SinaiEM posted a short blog about this topic.

Thanks for joining us. Hope to see you next week!